TriestEspresso expo 2014: the best edition ever

The best edition ever: a large turnout of professionals from the trade on all three days of the event. The wide range of advanced professional training activities on offer attracted keen and active participation, and the new suggestive location of TriestEspresso in the Old Port of Trieste, right next to the warehouses where coffee was stored from the 1800s, was much appreciated. The seventh edition of the Trieste (Italy) trade fair, which drew 170 selected exhibitors from 20 countries, has closed with very positive results.

There were 10,782 trade visitors from 80 countries at the fair, and as such the uninterrupted growth of the event continues with an increase of +5.3% on the 2012 results, which were already extremely good. TriestEspresso has been confirmed as the event of reference dedicated to espresso coffee for the Balkan area and South-central Europe. At the same time it has increased participation from the Far East and new markets. As always there was strong representation from the Koreans, true enthusiasts of Italian espresso coffee, while countries such as Malaysia, Curaçao, Saudi Arabia, Georgia, Iran, Kazakhstan, Azerbaijan, South Africa, New Zealand, Gabon, to name a few, were also present. A clear signal that espresso coffee is increasingly international and that its availability and consumption continues to spread throughout the world.

The two most represented groups among the visitors were roasters and importers/distributors of coffee, coffee machines, machinery and accessories for the production chain. Forty-eight per cent of participants were managers, and the majority have an active role in purchasing decisions: TriestEspresso has, therefore, proven to be an event that attracts visitors who are highly qualified or who come to the fair to train or update themselves, as in the case of the strong presence from Arab countries. In particular visitors from the United Arab Emirates were looking for espresso coffee training, in order to respond to the growing demand of their internal market, which has good potential especially in the “coffee-to-go” area.

TriestEspresso provided an opportunity to reflect on the dynamics of the market thanks to the authoritative participation of, among others, Robeiro Olivera Silva, executive director of ICO who at the opening conference outlined a framework of the global market: he pointed out that we will see a significant shift from arabica to robusta (robusta +6%, arabica -4%) while consumption will grow at a rate of 2% per annum, spread over both emerging markets, traditional and exporters. However, there were many other sectorial insights, which touched on other hot topics such as on the value of and the right price for a cup of coffee in a coffee shop.

The sectorial approach, focusing on business was the winning feature of this edition in which the workshops and the courses organized by, respectively, SCAE, illycaffè and Human Academy were followed and very much appreciated especially by the foreigners, who in some cases flew to Trieste specially to train and update themselves. Original side events such as the magical experience of tasting a delicious espresso coffee in the Grotta Gigante, the largest natural visitable cave in the world, allowed the visitors to discover the territory and its beauty. See you in October 2016 for the 8th edition of TriestEspresso Expo. 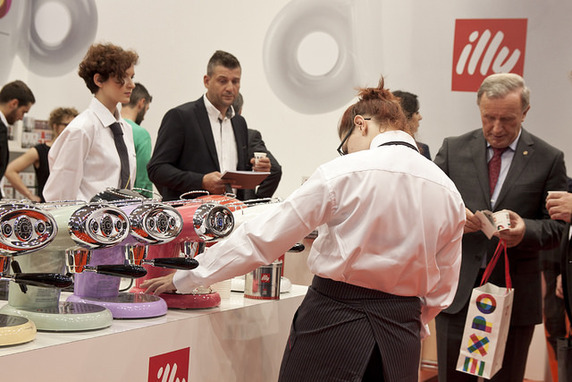 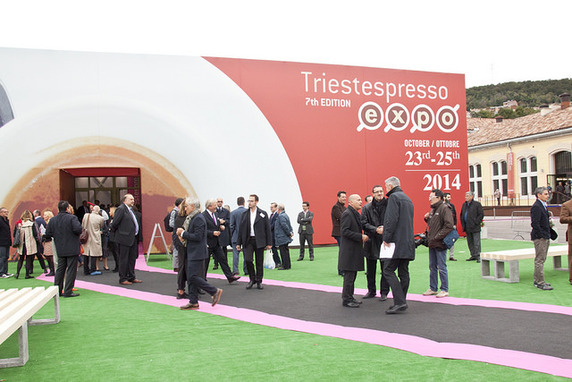 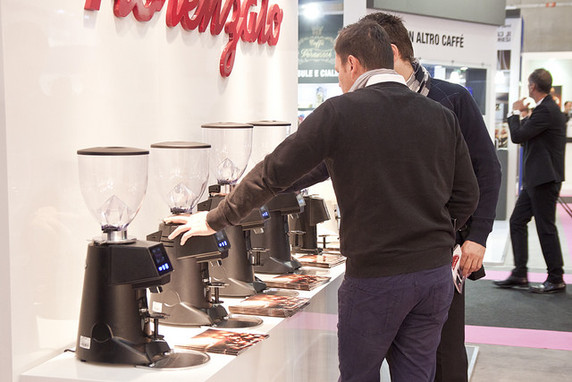 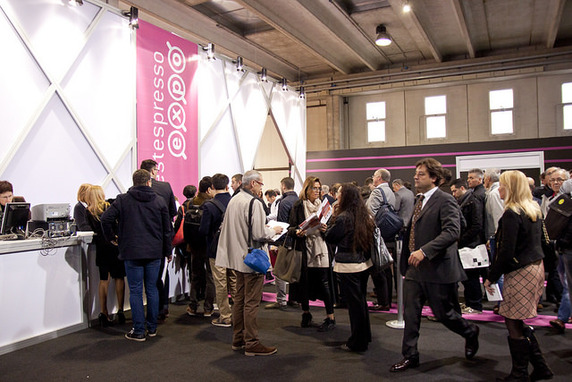 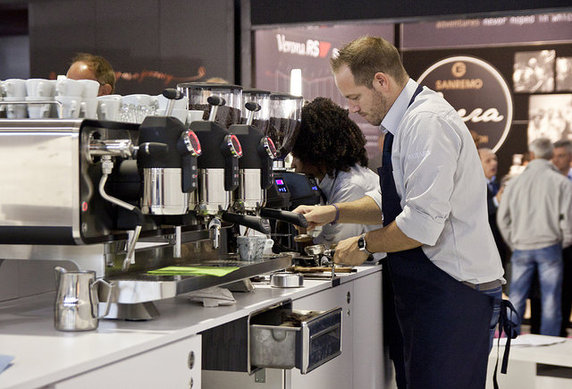 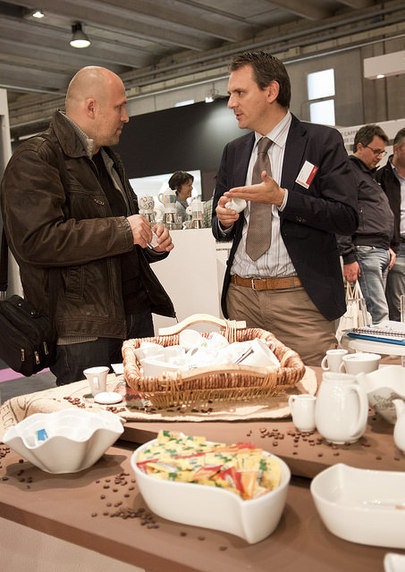 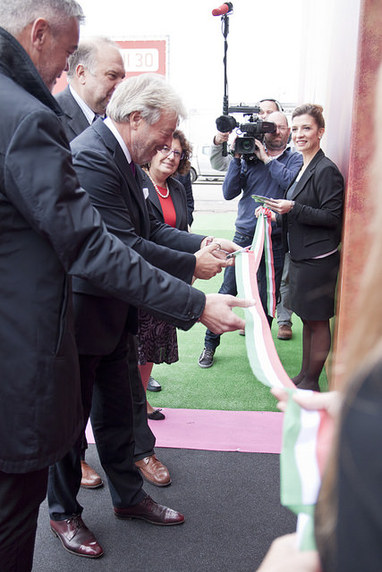 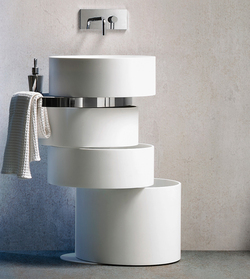 Pivoting around a metal point, Corian rings shape a wonderful modern sink called the Orbit Sink. Imagined by industrial designer Alessandro Isola as a contemporary design alternative that brightens up spaces with its sleek elegance, this exciting sink design draws inspiration from the simplicity of a cylinder. 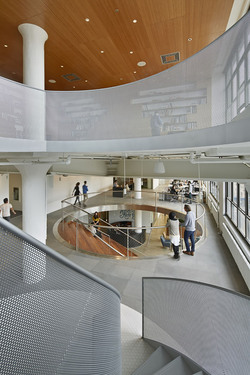 The new advertising agency office design for Wieden+Kennedy New York takes the “playground” tone down a notch only to focus on work-related necessities without forgetting aesthetics. Well known for their work with Nike, Wieden+Kennedy New York’s offices were recently updated to suit their employees’ and company’s needs. The agency’s new 50,000 square feet New York offices flaunt a rounded walnut-clad staircase connecting two of the three floors. 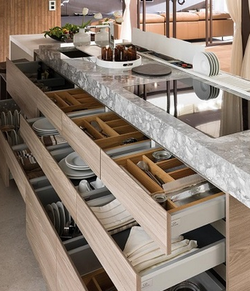 If you have too many small things at home and you just can’t seem to find enough free space for them, there are always great storage solutions out there. Storage solutions always depend on the space available to you, so in case your house is very crowded, you can choose to store your things in drawers or in cabinets. 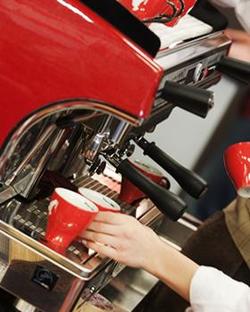 Robeiro Oliveira Silva – ICO: “In Trieste to celebrate the culture of espresso”
An occasion to celebrate espresso coffee with guests from all over the world. TriestEspresso Expo, the most important fair devoted exclusively to espresso coffee organized by Aries, is back for its seventh edition from 23 to 25 October 2014 to honour high quality Italian coffee in all its forms. 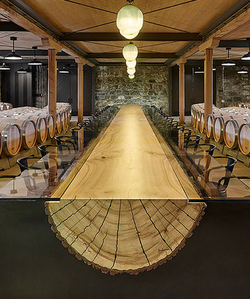 18 of the most magnificent table designs

Here at Bored Panda, we just can’t get over the fact that creative designers are still able to find ingenious new ways to turn tables into works of art. You’d think there’s only so many different ways to reinvent a board with 4 legs, but these 18 examples of brilliant and artistic table design will prove you wrong. 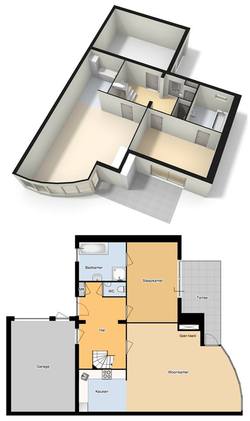 Gone are the days when designing a home depends on traditional methods of conducting oculars and plotting the design on architectural papers. Nowadays, technology is also used in improving the appearance of a home through virtual interior designing platforms.